The History of the Brown Scapular
A scapular is a sleeveless outer garment falling from the shoulders. Use of the scapular originated in the monastic orders of priests and monks, forming part of the habit or clothing of the members. Essentially the scapular is a special garment worn as a sign of love and devotion to Mary the Immaculate Queen. With the passage of time lay people were permitted to wear the scapular as symbolic members of a monastic order, with the attendant spiritual benefits attached to such membership. Over the years the scapular, at least for lay people, became much reduced in size to but small pieces of wool cloth suspended front and back.According to tradition the Blessed Virgin appeared to St. Simon Stock in the year 1251, and, holding a scapular of the Order of Mount Carmel said, "Receive My beloved son, the Scapular of thy Order, as a distinctive sign of My Confraternity. Whoever dies invested with this Scapular shall be preserved from the eternal flames. It is a sign of salvation, a sure safeguard in danger, a pledge of peace and of My special protection until the end of the ages."

By the end of the 16th century the Scapular of Our Lady of Mount Carmel was most widely known and used. It is commonly called the Brown Scapular, and is probably the oldest scapular in use.

In the year 1322 Pope John XX11 issued a document known as the Sabbatine Privilege. This was the result of a vision he had of Our Blessed Mother holding the Scapular of Mount Carmel, in which she said, "Those who have been invested with this Holy Habit will be delivered from Purgatory the first Saturday after their death." In it indulgences are granted to the members of the Carmelite Order and to its secular members. 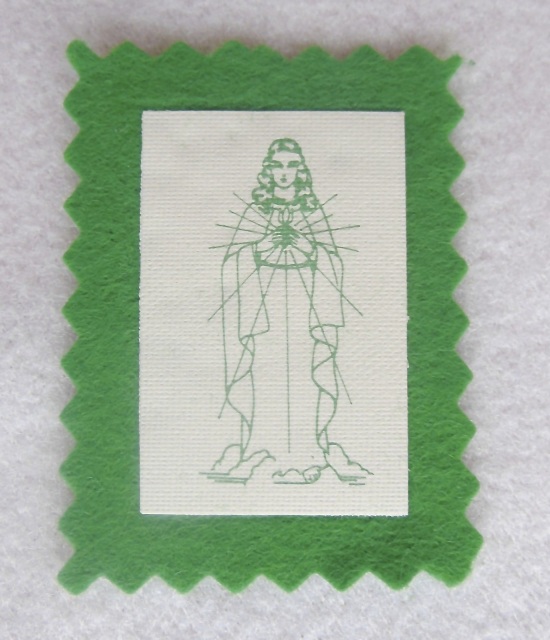 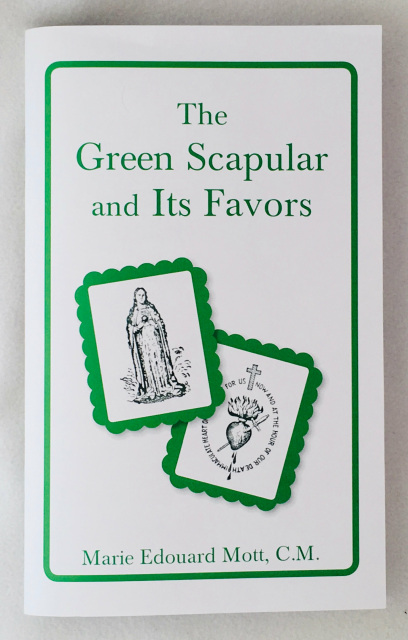 THE GREEN SCAPULAR AND ITS FAVORS softcover book by Marie Edouard Mott
$7.00
$7.00 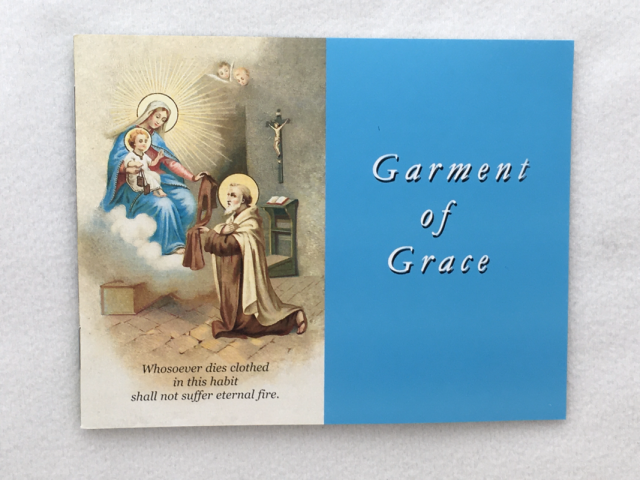 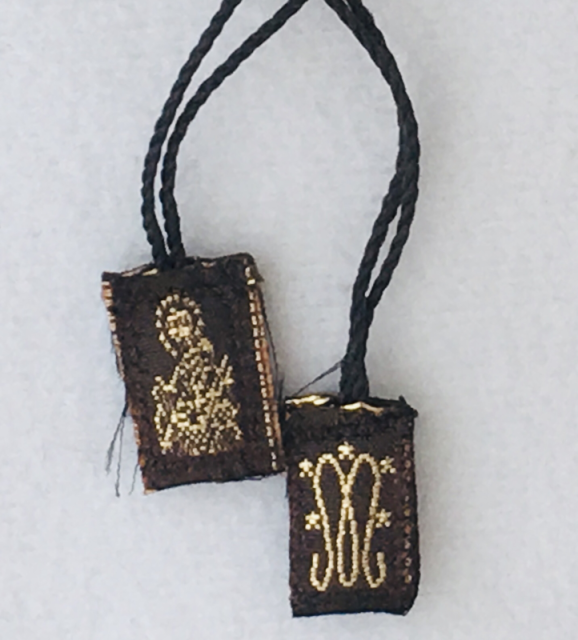 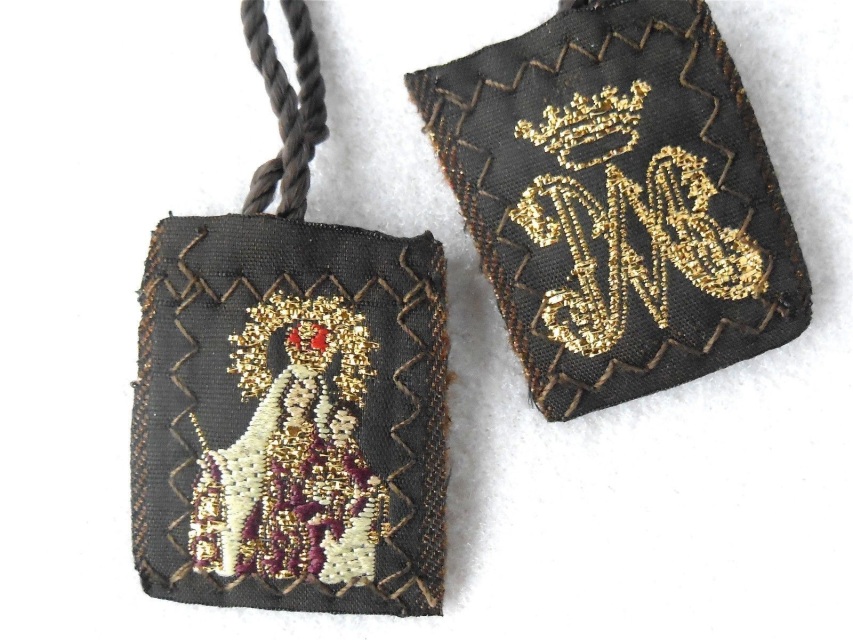 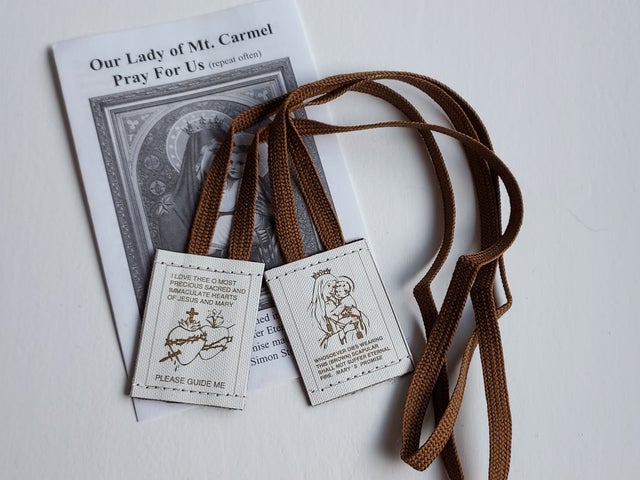 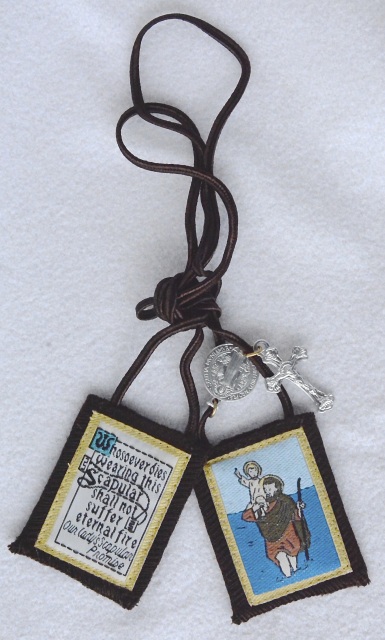 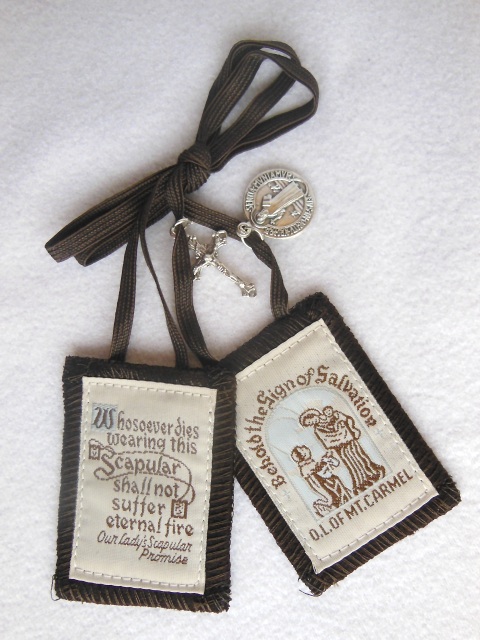 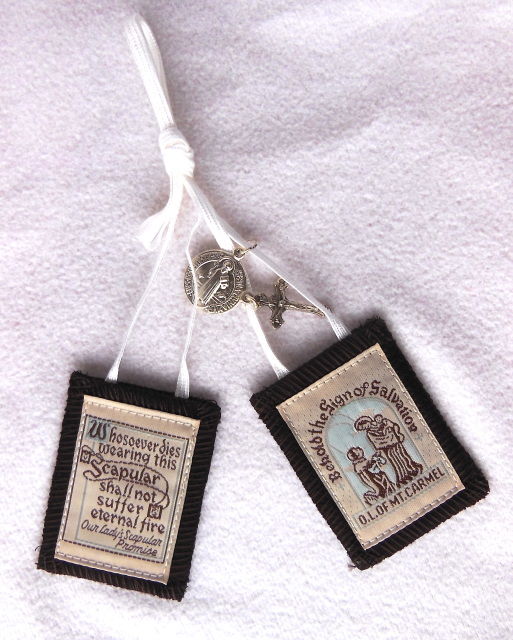 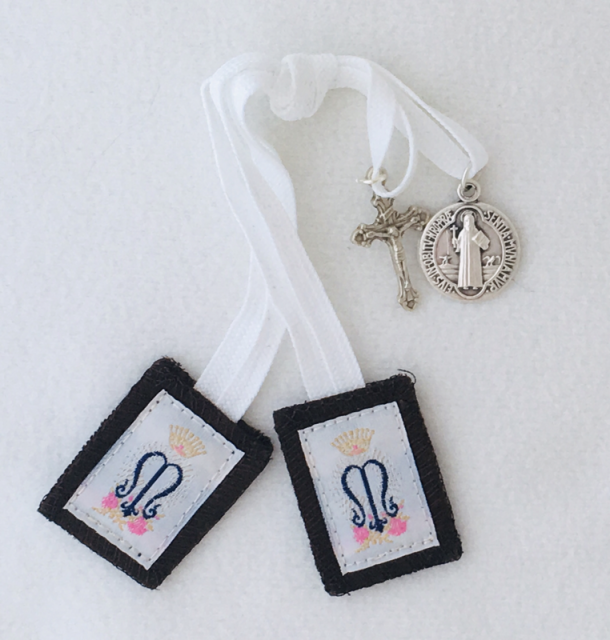 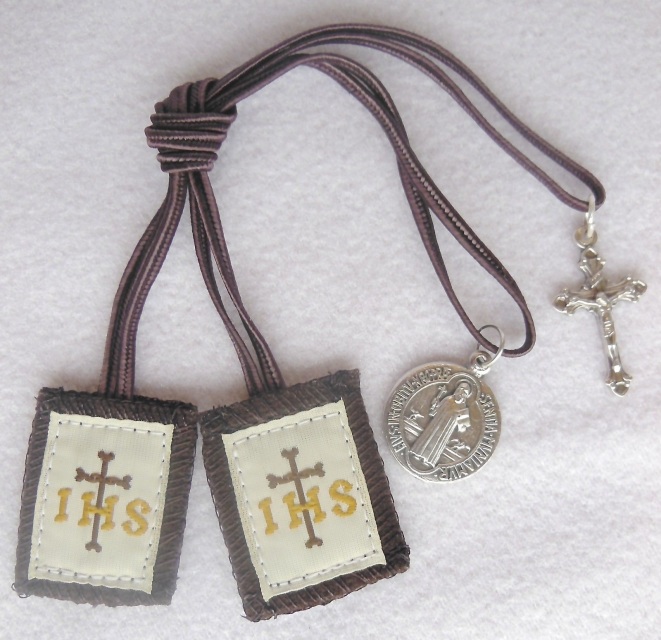